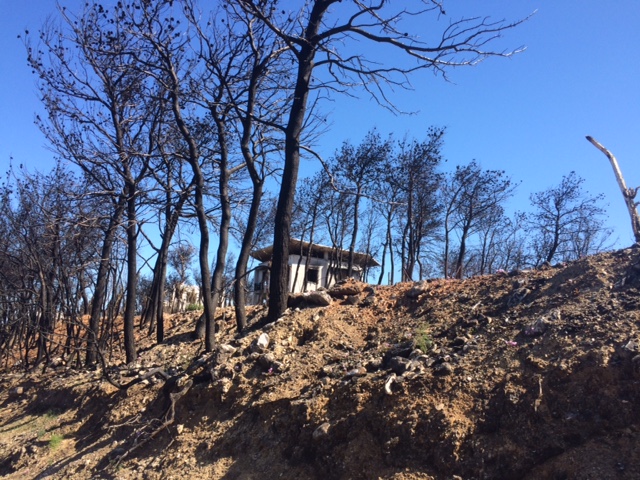 “Mati Observatory” is a long-term journalistic initiative focusing on the effort to rebuild the areas of Attica which were hit by the deadly fire of 23 July 2018, in which 100 people perished. By featuring in-depth reports, interviews, articles and encouraging community events in the areas affected, the Observatory follows step by step the activities of the local communities of Neos Voutzas, Mati and the wider area – from the demolition of unauthorised constructions, the compensations paid, the licensing and construction of new homes, the environmental consequences, the return of local residents, the management and utilisation of the funds allocated, the children’s life at school and the area’s reforestation, to the minor events of everyday life.

The research is coordinated by Tassos Telloglou, a well-known journalist who has been involved in researching the fire from the first days, and Eliza Triantafyllou, supported by a team of experienced journalists, photographers, directors, film editors etc. The material posted on www.matiobserver.gr is accessible by all citizens or organisations wishing to keep themselves informed of developments in the area, as well as to all Media for reproduction.

With its interventions, the Observatory seeks to prevent the marginalisation and/or “instrumentalisation” of what is happening in Mati by the daily “mainstream news”. At the same time, it attempts to gradually build a documented body of reliable knowledge, available to all citizens wishing to follow the key indicators of the progress made in the recovery process. Ultimately, the initiative’s long-term goal is for the tragedy of the summer 2018 to become an opportunity not only for improving the local environment but also for strengthening the institutional and social framework, by integrating new and improved practices into our society.

In the words of its creators:

“We believe in an informed audience, which embraces the core ideals of democracy and has the power to positively influence the decisions that affect its future. Journalism has a key role to play in this, overseeing adherence to the core principles of democracy and working efficiently in order to expose corruption, control the authorities in power, and showcase positive examples.
Yet in order for the Media to fulfil this role, they need to regain the trust of society. The loss of a large part of society’s trust in the Media is not accidental; it is the result of the social and technological changes taking place and the difficulty on the part of the Media in adjusting to them. It is the Media that, first and foremost, must adjust to society’s rapid evolution and participate creatively in it, assuming again their role, without taking their audiences for granted and focusing on understanding their changing requirements.
In this light, efforts such as “Mati Observatory” also aspire to become paradigms of modern journalism practices, so as that, by drawing on the experience accumulated, they can contribute to the efforts to improve journalism in Greece and, thus, to the overall improvement of providing news and information to citizens.”

The non-profit civil law partnership “Initiative for Journalism” was established for restoring the citizens’ trust in the Media and defending the freedom of the Press.