The EEA Grants contribution to strengthening civil society in Greece 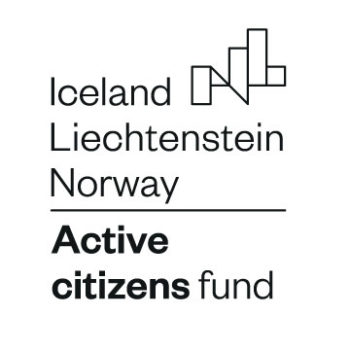 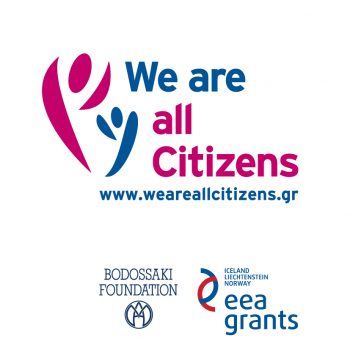 In 1992, Iceland, Lichtenstein and Norway signed with the European Union a Cooperation Agreement, establishing the European Economic Area (EEA). The EEA Funding Mechanism, better known as EEA Grants, is a tool for funding support tool, created by these three countries and available to 15 EU member states, including Greece.

With a budget of €12 million, the Active Citizens Fund programme, funded by Iceland, Lichtenstein and Norway forms part of the EEA Grants for the programming period 2014-2021. The programme seeks to develop the long-term sustainability and capacity of civil society, with the aim of strengthening its role in promoting democratic participation, active citizenship and the protection of human rights. In Greece, the Fund is managed by Bodossaki Foundation in partnership with SolidarityNow.

In 2013, Bodossaki Foundation assumed the management of the EEE Grants Greek NGO funding programme “We are all citizens”. The programme’s objectives were to reduce economic and social inequalities and strengthen the Greek civil society.

Thanks to the funding of €7.34 million contributed by the programme’s donor countries (Iceland, Lichtenstein, Norway), 75 projects were implemented in total in several regions throughout Greece, by 65 project promoters and 43 project partners.

The programme benefited more than 205,000 individuals, coming mainly from socially vulnerable groups, such as people with disabilities, migrants, refugees and asylum seekers, people at risk of poverty and social exclusion, the unemployed, and victims of hate crimes, domestic violence and human trafficking. Supporting children and young people was a programme priority, to which €2.9 million were allocated for corresponding projects.

During the programme’s implementation phase, particular emphasis was given to reducing social inequality, poverty and social exclusion, defending human rights, including the rights of minorities, building the capacity of NGOs and promoting democracy, transparency and sound governance.

In the framework of the programme “We are all Citizens”, a separate stream of work consisting of training seminars and activities was designed and implemented, aimed at identifying needs and strengthening NGO capabilities. Participation in these activities was open to all the organisations which were funded under the programme. This comprehensive work set new standards for NGO capacity building in Greece and drove Bodossaki Foundation to launch, jointly with the Athens Municipality, the Social Dynamo initiative.

Moreover, the development of bilateral relations between Greek NGOs and organisations in the donor countries was encouraged during the programme. This enabled the exchange of expertise and best practices between the organisations involved and led to productive partnerships and common projects.

“We are all Citizens”: the documentary

“We are all Citizens” is a documentary film focusing on the role of an increasingly dynamic civil society, providing an answer to the prolonged crisis of the recent years. The film presents the work of civil society organisations from the viewpoint of the active citizens – the unsung heroes who achieve small miracles every day. Drawing on the personal stories of people from socially vulnerable groups, such as people with cerebral palsy, Roma school students, blind children and young people, minor refugees arriving unaccompanied in Greece and people with mental illness, the film is a lasting legacy of the contribution of the EEA Grants to the empowerment of civil society in Greece.

Work on the film began in December 2015, collecting images and sounds from Athens, Lesvos, Drosero in Xanthi, and Oslo in Norway. The sounds, images, dialogues and thoughts were merged together into a whole and today the film is at last available for viewing free of charge, continuing its voyage on the internet with the slogan “Many stories, one message: We are all Citizens!”