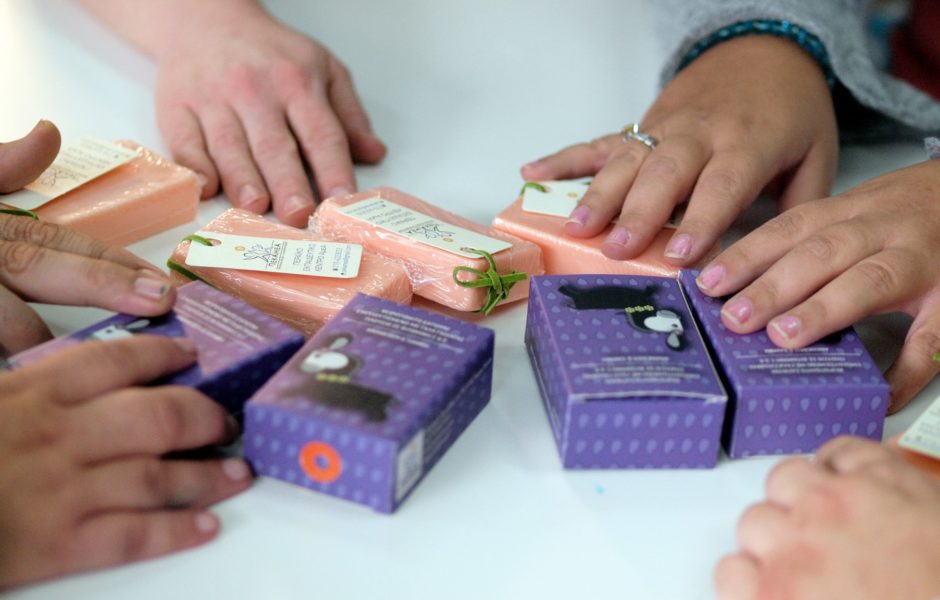 The trainees acquired the basic requisite skills for soap preparation and packaging, transferring knowledge and, most importantly, for assuming an active role as instructors, which is the programme’s truly innovative and original contribution.

The programme’s trainer spoke to us about the progress made by E.L., one of the participants: 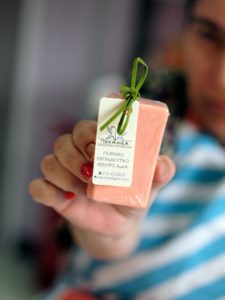 “E.L. was able to fully meet the demands of the programme. She assumed the role of instructor, was giving trainees the time to practice, was correcting them either verbally or physically (by placing her own hand over the trainee’s hand, so that they could make a particular move together) and was actively boosting their confidence (“Well done!”, “You’re doing great!”). Although she had repeatedly said that she was very anxious about doing well in her role, she actually managed to deal with her anxiety quite successfully in the presentations made.”

“When you know that someone believes in you right from the start, you are already one step closer to success.”

To this end, in 1997 the Association established the Piraeus Training Centre for People with Disabilities (PEK/PWD), which has been operating ever since. After 20 years in the Piraeus district of Kaminia, the Centre relocated to new, modern buildings in the Tavros district, where it operates under is new name – Day Care Centre for adults with mental disabilities (PEK/PWD). The Centre caters to the needs of 25 mentally disabled adults with accompanying disabilities in the Regional Unit of Piraeus and in the Municipality of Moschato-Tavros.