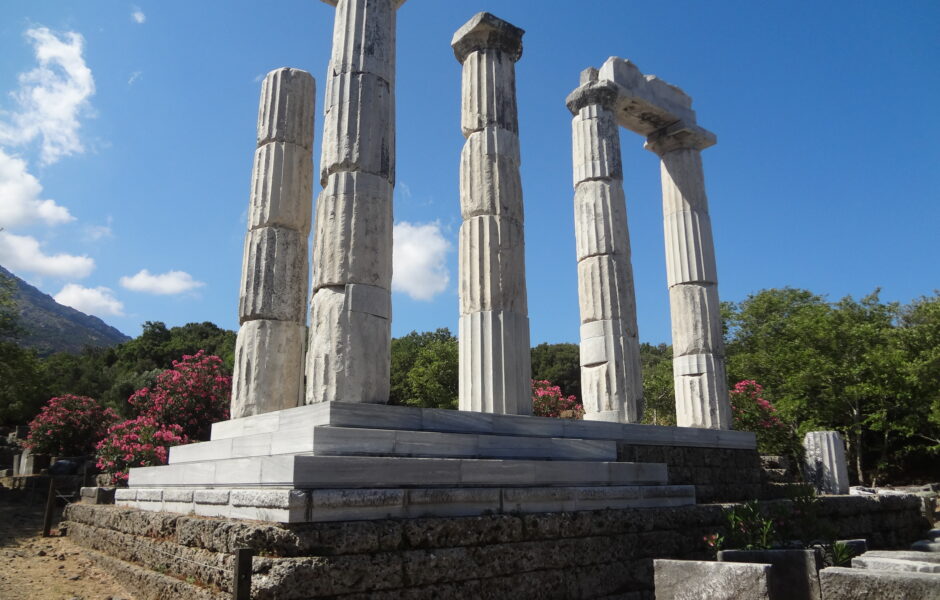 The “Via Egnatia Cultural Route” is a development program of “Diazoma” Association for the Region of Eastern Macedonia and Thrace. Its purpose is to carry out interventions and to unify the archaeological sites and monuments surrounding Via Egnatia, in order to create a modern itinerary along a network of tourist destinations. The main poles of attraction of the “Via Egnatia Cultural Route” programme are: the Archaeological Park of Philippi, the city of Drama, the island of Thassos, the Open Archaeological Park of Avdira – Porto Lagos, the city of Xanthi, the city of Komotini and the Ancient Theatre of Maronia, the city of Alexandroupolis, the island of Samothrace, and the area of Northern Evros. Bodossaki Foundation is a proud supporter of the programme.

“The programme will change not only the development model of the Region of Eastern Macedonia and Thrace Region, but also its future.”

“Diazoma” was founded on the initiative of former Minister of Culture Stavros Benos, bringing together three “families” that are its constituent elements – namely, the archaeological community (archaeologists, curators, conservators, etc.), the country’s artists and intellectuals, and the local communities (mayors, regional governors, citizens). The Association cooperates on an ongoing basis with the Ministry of Education, Research and Religious Affairs, and the Ministry Culture and Sports, to bring together and engage all actors in Greek society (citizens, mayors – regional governors, universities, cultural institutions), in order to promote and universally protect a unique category of monuments – ancient theatres.