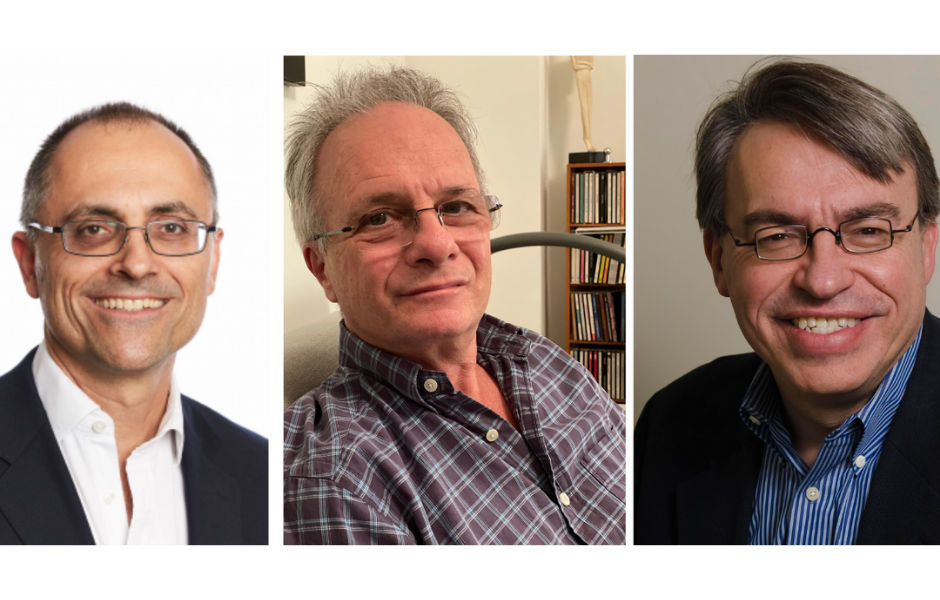 Three scientists of international standing and calibre join the Board of Trustees of Bodossaki Foundation as new members. All three of them are past recipients of the Foundation’s Distinguished Young Scientist Award and today they continue to excel in their respective fields of activity.

The new members of the nine-strong Board of Trustees are Messrs Pavlos Eleftheriadis, Professor of Public Law at Oxford University, Konstantinos Meghir, Professor of Economics at Yale University, and Dimitrios Bertsimas, Professor of Operations Research at the MIT Sloan School of Management.

About the new members of the Board of Trustees:

Eleftheriadis specialises in Constitutional and Administrative Law, European Union Law and the Philosophy of Law.

He is active as a barrister in England and Wales and has been involved in a number of cases relating to the Brexit process.

Efletheriadis was the recipient of Bodossaki Foundation’s Distinguished Young Scientist Award in the field of Social Sciences, in 2005.

He is the author of the books “Legal Rights” (2008) and “A Union of Peoples: Europe as a Community of Principle” (2020), both published by Oxford University Press. He regularly rights on constitutional, legal or general European political issues in the Greek and foreign press.

He is a graduate (BA) of the School of Law of the National and Kapodistrian University of Athens (1990) and holds a Master in Law (LLM, 1991) and PhD (1995) from the University of Cambridge.

Meghir is Douglas A. Warner III Professor of Economics at Yale University. He specialises in labour economics, human capital economics and child development.

He was the recipient of Bodossaki Foundation’s Distinguished Young Scientist Award in the field of Social Sciences, in 1996. He is the recipient of major distinctions, among which the Ragnar Frisch Medal, which he was awarded in 2000 for his study on labour supply, co-authored with Richard Blundell and Alan Duncan and published in the Econometrica scientific journal.

He was elected member of the British Academy in 2015 and of the American Academy of Arts and Sciences in 2019. He has served as scientific editor of several scientific journals, among which Econometrica. From 2004 to 2007 he was Head of the Department of Economics at University College London. He studies Economics and Econometrics at the University of Manchester, where he also obtained an MA (1980) and a PhD (1985).

Bertsimas’ research interests include optimisation, stochastic systems, machine learning, and their applications. In recent years, he was worked in the fields of statistics, healthcare, transport and finance.

Bertsimas was the recipient of Bodossaki Foundation’s Distinguished Young Scientist Award in the field of Social Sciences, in 1997.

He was founder and co-founder of a number of companies (Dynamic Ideas, LLC etc.)

He is a Member of the American National Academy of Engineering (NAE) and an INFORMS Fellow, and has received numerous research awards, among which “The John von Neumann theory prize” & “The Frederic W. Lanchester prize”.